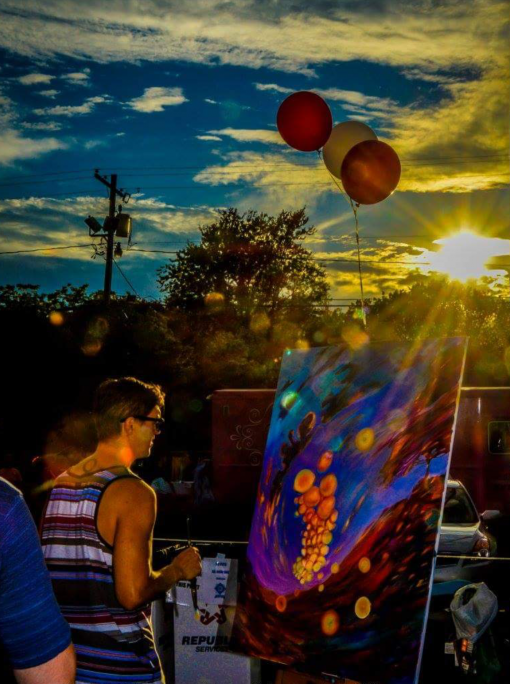 As an artist, I have come to realize that I have a fairly radical vision of what it means to be an artist. More than a decade has passed since I came to the conclusion that it was a mistake to differentiate between daily life and life in the studio. This insight was a direct result of my study of various world religions and philosophies while pursuing a degree in fine art back at the turn of the millennium. It was also in part due to a deeply felt need to discover exactly who “I” was.

Shortly after that time, at the age of 6, my mother remarried and we moved to North Carolina. I quickly made new friends and life was good. I was an exemplary student, although that was mostly due to a combination of being a quick learner, getting along well with others, and having a semi-photographic memory. Studying hard was something I never had the will or need to do. More often than not an hour of cramming before a test would lead to a better-than-average grade. At this point in my life I can see that the greatest asset to my education was a voracious appetite for books that my mother instilled in me at a young age. By the time I was 12 or 13 I had developed such an ability to identify with characters in books(which made every story better) that I became conscious of the depth and poignancy of the experiences of others as equal to my own.

Now, at 36, I hold that empathy for others as a sacred aspect of my individuality. However, going to high school in rural North Carolina wasn’t exactly the most nourishing environment for a young man who had travelled enough to have his horizons broadened, cared enough about his grades to maintain them, and cared enough about others to not insult them. Add to that the label of “rich kid” that the good fortune of a hard-working mother and stepfather brought and one can imagine the disenchantment that I felt through those years. They were short-lived, though, and the transition to college life permitted me, for the first time, the freedom that I had been so desperate for.

My first year at Appalachian State University in Boone, NC was dominated by an interdisciplinary school-within-a-school called Watauga Residential College where I lived in the same dorm as other kids within the program. This was the most demanding experience of my life up to that point as each class there required me to integrate and apply knowledge from a variety of disciplines. This was a far cry from the occasional cramming that got me through high school. A complete vision and understanding of the world began to emerge and, along with my rediscovered ability to connect and openly empathize with others, I was well prepared for the beginning of my artistic pursuits. There were a few false starts as I searched for a career path in which I could fully invest myself and also be happy whether or not the world deemed me a success. Photography left me disconnected from the very world which I sought to capture as I was always mentally dividing that world while looking for a shot. Business management just left me feeling disconnected, especially after the grand scope of the cross-fertilization of ideas that I experienced in my first year with the Watauga program. Graphic design left me feeling numb after staring at computers for countless hours and so it wasn’t until one sunny afternoon during my third year that I felt it. 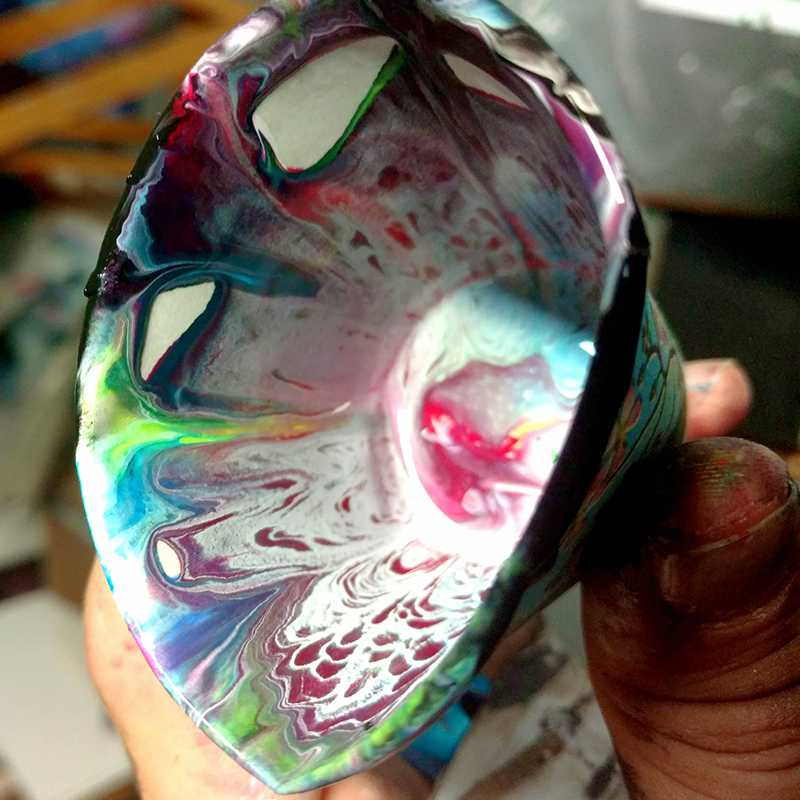 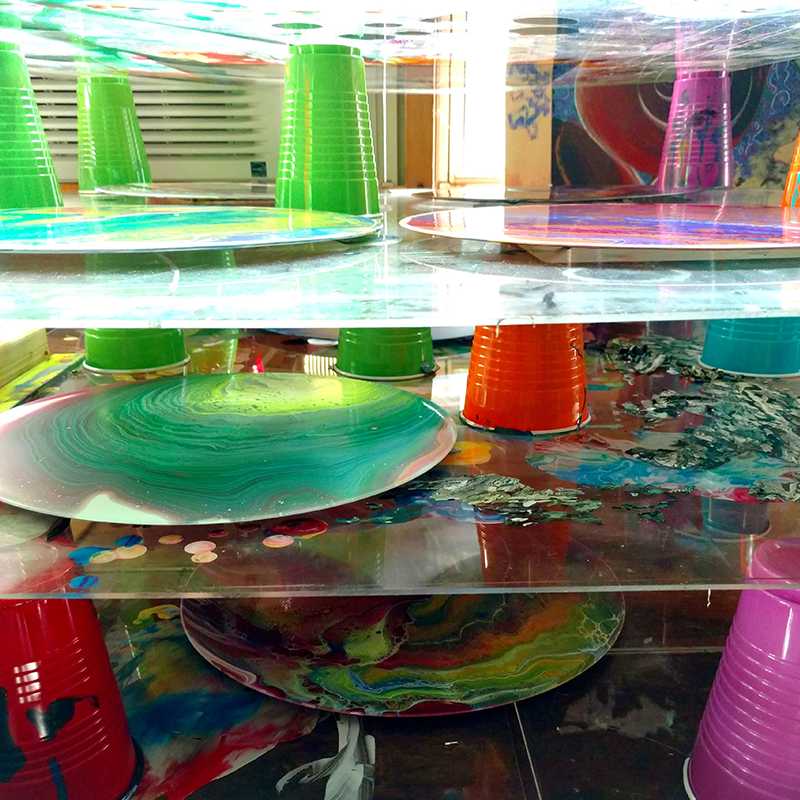 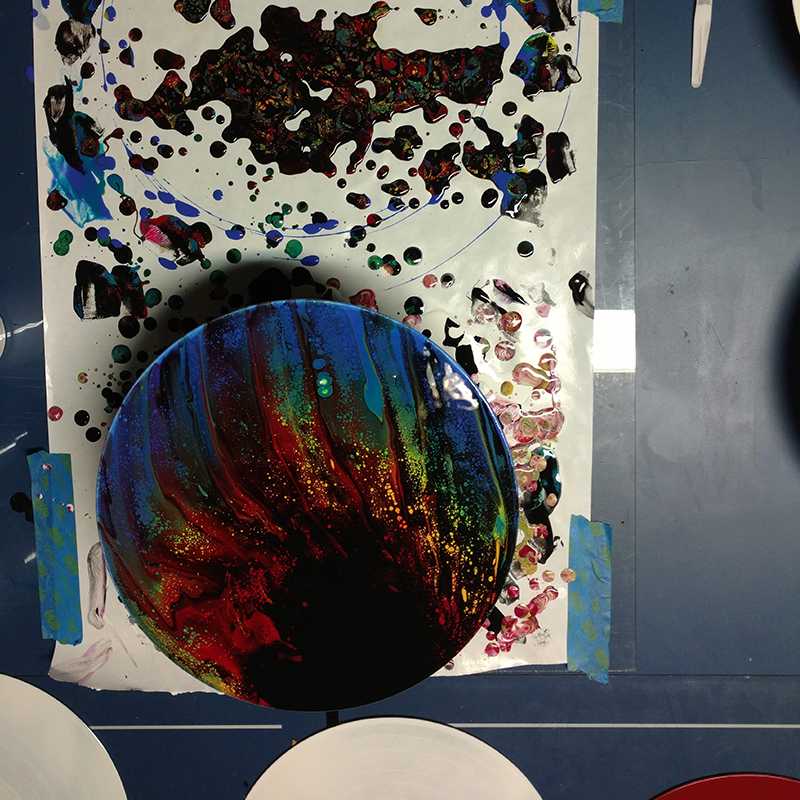 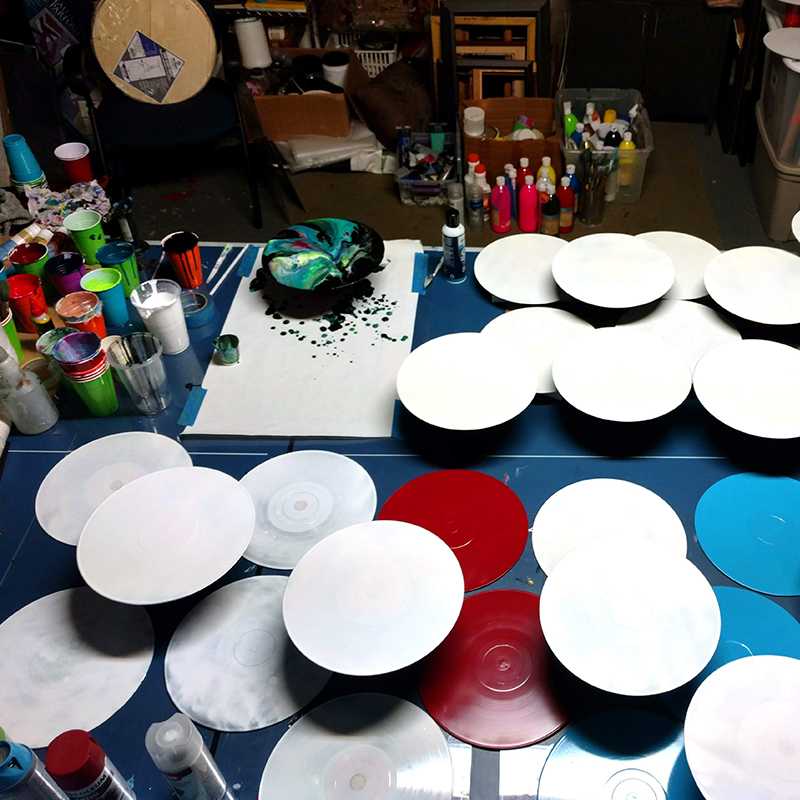 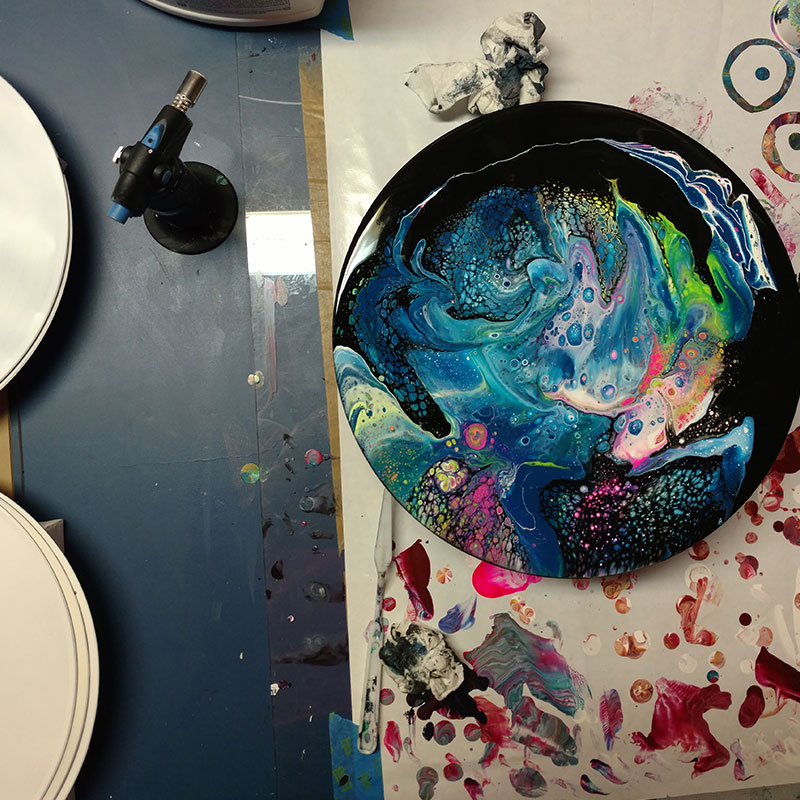 I had submitted and been accepted to the school of art before I began my freshman year but didn’t begin my classes there until after completion of my first grueling year. After winning a county-wide art competition during my junior year of high-school I knew that making art was something I could do and potentially find success in. I had no love for art-making at that point so I was simply progressing through the core art program, as a backup, while I unknowingly pursued my false starts. It was while working on a painting in class one spring day that “It” hit me. I was happy. Not because of something that had happened. Not because of something that I was looking forward to. I was happy in that expansive moment as the whole process of painting, from conception to creation, came to its conclusions at the tip of my brush. It was a happiness that I had never experienced before- full of both endless peace and boundless enthusiasm. I knew then that there would be no more false starts. 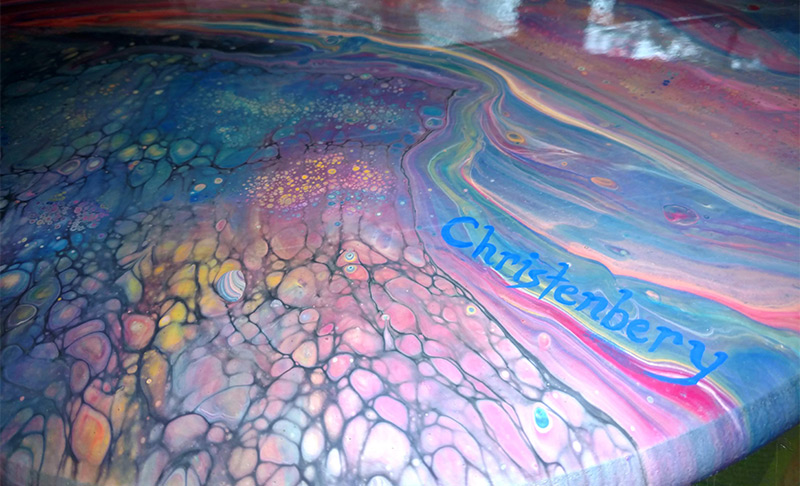 Instantly I began applying everything I had to figuring out what I was supposed to be making. It became the newest-most-difficult task of my life. I would sit in front of blank canvases for hours on end, my mind reeling with connection after connection made both in the moment and within my other classes. Ever so slowly over the course of the next two years I realized, bit by bit, that I had to figure out exactly who I was in order to confidently know what I had to say and why it was worth saying. My encounters with the wisdom and piercing clarity of various scholars and masters began to come alive within me. I saw that all my learning had occurred just to set me up for that moment where I could clearly see the entire context of my own life within the world-at-large. I began to meditate consistently in the morning and at night. The sense that my paintings could eventually become powerful, in whatever way they were meant to, flooded my mind. I saw that the whole world was my audience and that I had a responsibility to that audience to go as far as I could down the path of self-knowledge. Never have I wanted to impose my personal opinion on that audience. Instead I sought through the stilling of my mind to become rooted in the universal essence of my humanity so that I might have a chance to connect with that same aspect in others.

This is the place where my art comes from now, and after more than a decade of travelling down this path I am more sure of its’ value now than I ever have been. Somewhere along the way my hunger for self-knowledge was satiated and my heart and mind began to overflow with what I experience to be tangible proof of our sacred/energetic nature and an unbreakable bond between all of us. My art is not mine. It is meant to be shared, seen, and experienced by all who come across it in any form. This world is changing so rapidly and it threatens, under our collective reigns, to descend into a chaos of confusion and insecurity. My purpose in this life is to clearly show another way.

Now, I am happily married and have an impossibly beautiful little boy. The mandate to make positive change drives me as never before for now I have a personal stake in the world our collective children will inherit. I continue to go to my studio and images continue to flow out. I have developed a unique style I sometimes call “Formlessism,” and am now working to synthesize that abstract and energetic technique with elements of our reality. However, I also paint in public accompanied by live music. I talk to individuals and groups. Soon, I will begin to teach and seek publishers for my writing. All of it together is my Art and one day, near the end of this life, I hope to look back and briefly proclaim its entirety as my masterpiece. 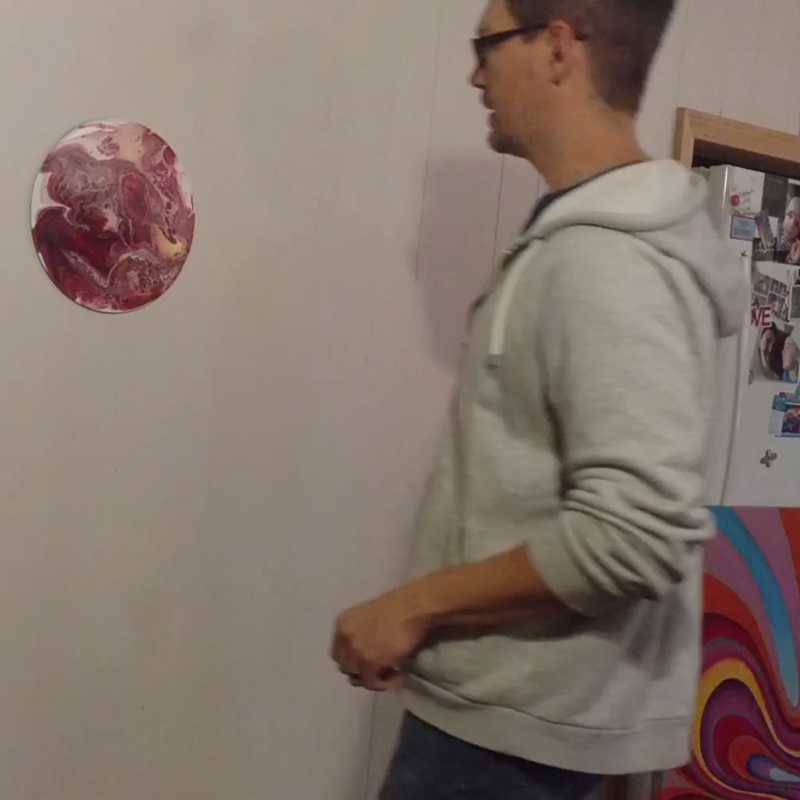 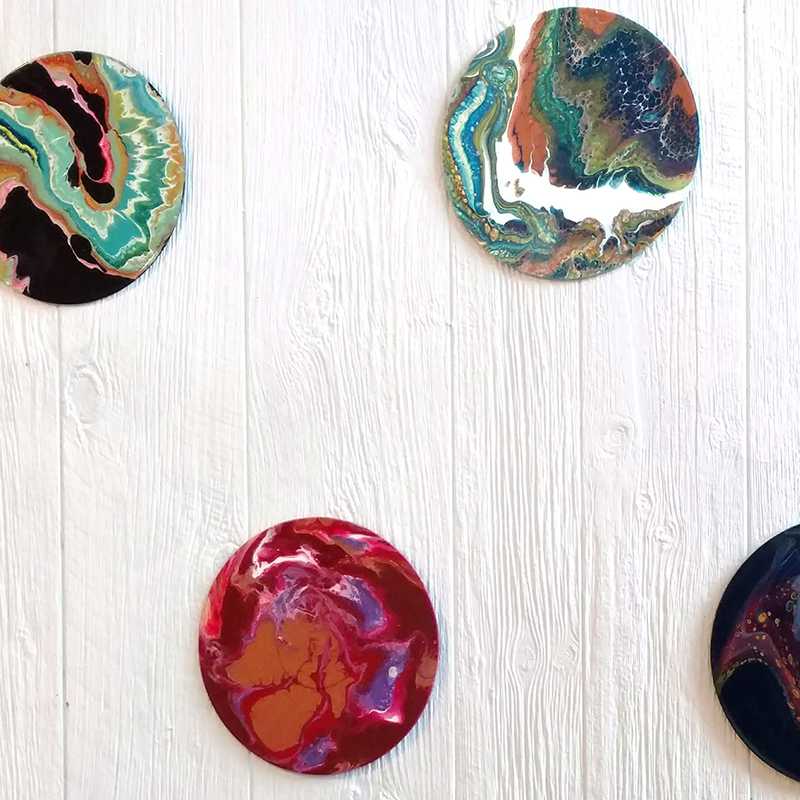 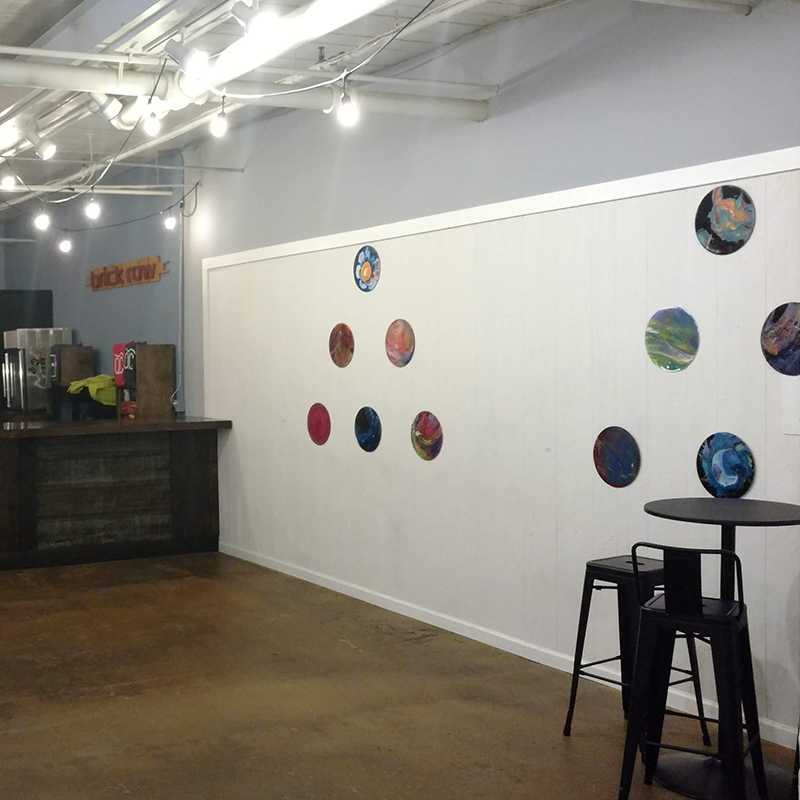 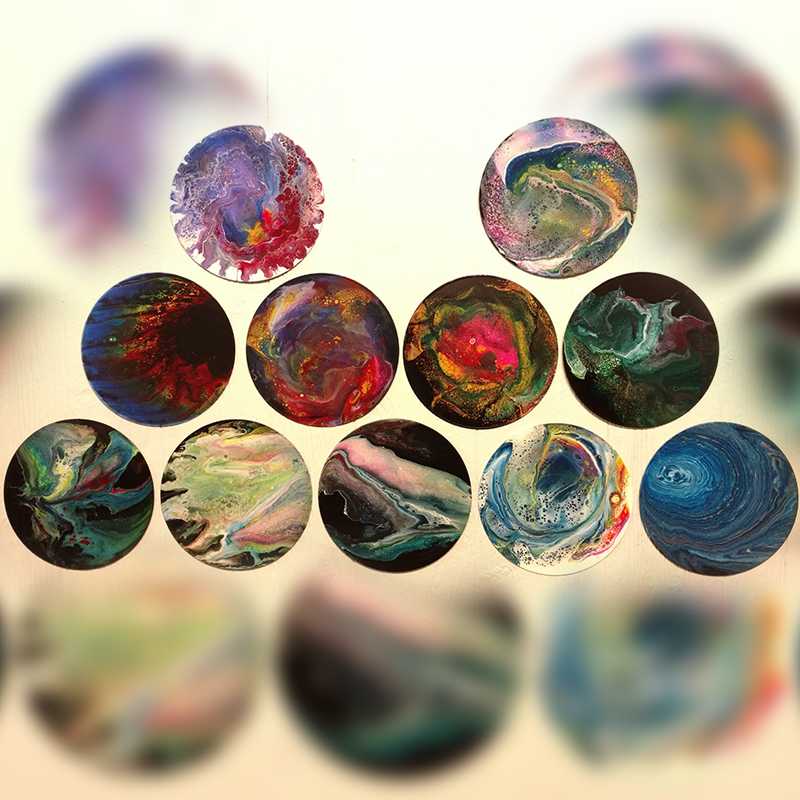 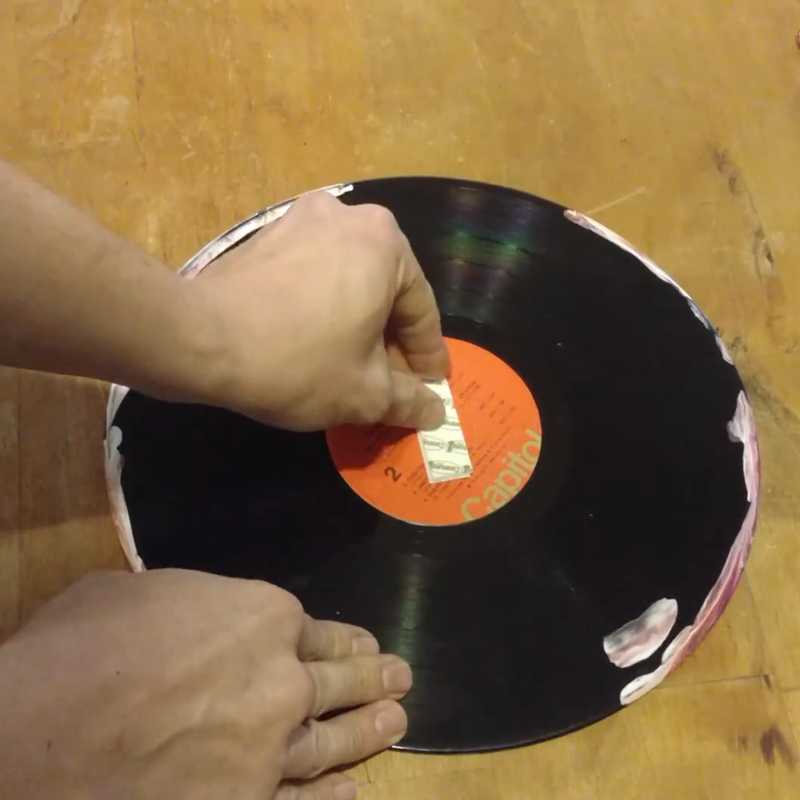 Now, I am happily married and have an impossibly beautiful little boy. The mandate to make positive change drives me as never before for now I have a personal stake in the world our collective children will inherit. I continue to go to my studio and images continue to flow out. I have developed a unique style I sometimes call “Formlessism,” and am now working to synthesize that abstract and energetic technique with elements of our reality. However, I also paint in public accompanied by live music. I talk to individuals and groups. Soon, I will begin to teach and seek publishers for my writing. All of it together is my Art and one day, near the end of this life, I hope to look back and briefly proclaim its entirety as my masterpiece.